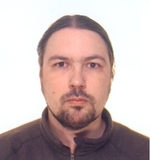 Eric Deibel received his Ph.D. in science and technology studies (STS) from the Vrije Universiteit Amsterdam. It was an interdisciplinary PhD program; he was based in a life sciences faculty and associated with the sociology department of Wageningen University and philosophy of biology at Egenis, Exeter University. The title of his PhD was “common genomes” and the subject was Dzopen source in the life sciencesdz. After completing his PhD he won an Andrew W. Mellon fellowshipat the university of Indiana-Bloomington (part of the seminar series on: rupture and flow: the circulation of technoscientific facts and objects) and an IFRIS research fellowship (Institut Francilien Recherche Innovation Société) in Paris. During this time he developed a comprehensive research agenda examining how the life sciences and related bio-economies are build on facts, data and artifacts. Most of his research examines how life is known as well as shared (copied), owned (claims over information) and optimized (remade through optimizing the code based on standard languages and biotech engineering visions. This subject area includes scientific practices in fields like bio-informatics, genomics, systems biology, synthetic biology as well as its influence on plant biotechnology, plant breeding and the conservation of crop. The latter includes work on proposals for “open source seeds”. He has also written on the influence of changing understanding of life and nature on international mandates and global governance mechanisms in fields such as trade (patents/IP), health (biomedicine) as well as agriculture and climate change (GMOs). Returning to the Netherlands he renewed his empirical work examining Dzthe global bio-economydz, a relatively new European policy language wherein Dzbiomassdz is to replace the dependence of industrial societies on fossil fuels as well as on oppositional figures such as Dzbio-hackersdz. The earlier work as well as the new material will be part of a forthcoming book: DzRecoding life:information and the biopoliticaldz, to be published with Routledge. In late 2016 Dr. Deibel began working at Bilkent University where he enjoys teaching Science, Technology and Society in the Faculty of Engineering.